The road to fiction

"But I quickly learned that, for a journalist, the transition to fiction is complicated and overburdened with second thoughts. I'm more comfortable as the observer, the note-taker, the narrator of someone else's true story. I'm more comfortable writing with my blue-striped reporter's notebook by my side"

That quote is from a story by Miami Herald staff writer Fabiola Santiago, who is about to release her first novel, Reclaiming Paris. When I read that line, I immediately related. The transition from objective reporting to first-person fiction is akin to switching gears in a manual car - not always a smooth shift. Sometimes, it feels as if I am a switch-hitter, using my left hand to write when I am right-handed as I straddle both genres of writing. 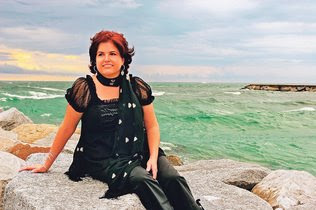 (photo from The Miami Herald)

In journalism, you're the observer, the voyeur of the story, the detached narrator. In fiction, you have to look within yourself and plow your fertile imagination to create characters and settings that seem real. Almost three books later, I still struggle with this which is probably why I always have a main character that can serve as a somewhat fictional version of myself (Tommy Perez in Boston Boys Club , Ray Martinez in Miami Manhunt, and now Carlos Martin in Beantown Cubans, in 2009.) Fabiola Santiago does the same with her new novel, by using her experiences as a Cuban exile and journalist to tell the story of Marisol, a Miami museum historian who reflects on her past as a Cuban emigrant and how that transition has shaped her former and recent romances. Marisol's perfumes thread her stories about her family and lovers.

"Still, it took a long time for me to surrender to the uncharted, lonely task of writing a novel. Along the way, many more news stories, and many people and places, fueled my imagination and shaped my plot and characters'' Fabiola goes on to say in the article. Again, the quote resonates with me because it's rare to see a working journalist write fiction on the side. Fiction is a solitary endeavor - just you and your computer. Journalism involves meeting people, sitting with them and finding their story and how it relates to the bigger or local picture. Usually journalists write non-fiction books based on their reporting and subject area. As a long-distance admirer of Fabiola, whose poetic prose peppers her articles on Cuban art, dance, music and literature in Miami, I'm eager to read how she melded her worlds, as a journalist and fiction writer, in her debut.


Disclosure: Even though I used to write for The Miami Herald, I only knew of Fabiola peripherally. Once in a while, she would come into the Pembroke Pines newsroom (25 miles west of Fort Lauderdale where I worked for five years as a general assignment news reporter) and I would hear her laughing and interviewing someone on the phone.
Posted by Johnny Diaz at 1:43 PM