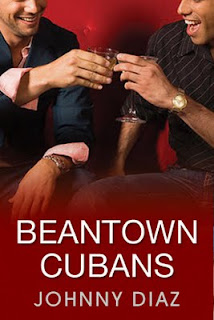 
My third novel is officially released this week.

This book follows the adventures of two good Cuban friends in Boston (yes, it could happen.)
The novel is a sequel of sorts to Boston Boys Club but with a new narrrator named Carlos Martin, a Cuban teacher from Miami who moves to Boston to start over after a loss in the family. It's his first year in Cambridge and he's learning to adapt. Luckily, he has some help from new amigo Tommy Perez (from Boston Boys Club), another Miami native who has successfully made Boston his home after moving there to be a reporter at The Boston Daily newspaper.


Like Carlos, Tommy yearned for something more than Miami's endless summers, liquor-fueled nights at South Beach bars and South Florida's daily supply of gruesome news stories.Tommy takes Carlos under his wing and shows him where to find good Cuban food (El Oriental de Cuba restaurant in Boston's Jamaica Plain) and how to break into the city's clannish and lily-white gay scene (Club Cafe, Paradise) as he discovers lust, love and a newfound independence over the course of one unforgettable year. But Carlos helps Tommy too as an ex-boyfriend reemerges in his life and the complications that brings.

I'll be posting a video soon in which I talk about my writing process and what inspired this book. (It was a visit by my parents to Boston two summers ago and the conversations I had with them individually which made me realize that my time with them is limited.) The book also pays tribute to the power of friendship and how one good friend can make the world of difference when you're a newcomer to a city like Boston. I hope you enjoy the book as much as I enjoyed writing it (even though I cried during a few chapters.)


In the meantime, here is a list of upcoming readings in NYC, Boston and Miami. More dates to come as they are coordinated.