This is my review of Lauren's Saints of Dirty Faith by Alisa Valdes-Rodriguez, the NYTIMES bestselling author of the first installment of this series, The Dirty Girls Social Club. 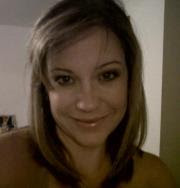 Alisa's first novel, about six Latina friends in Boston, inspired me to write my debut novel, Boston Boys Club. She's been a long-distance inspiration/mentor to me over the years.
Here's my Amazon review of her third Dirty Girls book below:

Lauren Fernandez is on the run from her psycho ex-boyfriend, a corrupt Boston police detective. Usnavys Rivera is also on the run, from her Boston mortgage-holder and the repo man.
And Rebecca Baca can't seem to outrun her father's secret life in New Mexico.
Yes, the sucias are back in the third installment of The Dirty Girls Social Club series by Alisa Valdes-Rodriguez.
This new book, titled Lauren's Saints of Dirty Faith, though takes a different approach in letting readers catch up with their dirty girls. This time, we hang out with three of the amigas, and not six.
When we meet up with the trio, the ladies are in their mid 30s. They're juggling careers (or lack thereof), husbands, children and in Lauren's case, a dangerous ex-boyfriend in law enforcement who becomes obsessed with her after she drops him.
What's a sucia to do? Call her nenas for help. True to their bond since their days as journalism/communication students at Boston University (which was the first novel), the women help one another in good and bad and Lauren really needs them now.
I won't give away the plot details or spoilers but readers will find a suspenseful page-turner in this book.
The novel essentially revolves around Boston news reporter Lauren picking the wrong guy once again and how Rebecca and Usnavys come to her rescue.
Because Lauren needs to hide, she flees to New Mexico and that is one of the strengths of the book. Valdes-Rodriguez, who used to work at The Boston Globe, deftly captures el saborcito of place. She invites the reader to a street-level-view of Boston's subway line (the T) and the rougher parts of Roxbury where Usnavys finds herself again after marital and economic problems. The author also transports us to the rural quiet beauty of New Mexico, where Rebecca lives and where the majority of the action unfolds.

The other strong point of the book is in its pacing. Valdes-Rodriguez has clearly studied master thriller fiction writer Dean Koontz well and she infused some of his storytelling techniques (fun banter set to the background of a chase and killer on the loose) with her own flair for the everyday professional Latina. (Watch out Janet Evanovich!).
The fast-moving story will keep you on the edge of your elliptical machine. This reader flew through the pages wondering what was going to happen next. Of all of Valdes-Rodriguez's books (and I've read them all), this was the fastest, most engaging read and I believe it's because of the cross-country chase which supplied the story with momentum and jolt.

The only thing I didn't like about the book was Rebecca's storyline as she dealt with the fallout from her father's secret life. Her chapters tended to slow the rush of the Lauren-on-the-lam narrative.
Rebecca's story didn't seem to fit into the overall theme of the book although it's because of Rebecca that Lauren finds safety. There was also a chapter by a relative of Rebecca's that seemed to come out of the blue. (There were some minor typos.)
Although this was Lauren's story, I felt that Usnavys stole the book. Her chapters outshone Lauren's. This reader found himself glancing ahead to see when another Usnavys chapter would begin again. Her chapters were crisper, more tightly written. Her voice registered most dominantly of the three women. Usnavys' chapters had more tone and description in her physical surroundings (Boston's Nieman Marcus at Copley Place or the fictional Roxbury hair salon) and in her emotional turmoil (marital and economic woes.)

The budding romance between Lauren and her cowboy neighbor was endearing and sprinkled some extra sexual oomph, which provided a good contrast to the dirty girl's danger.
It's about time a good guy lassoed Miz Fernandez's heart and once again, Valdes-Rodriguez roped me into her fictional world of the dirty girls.
Posted by Johnny Diaz at 11:22 AM