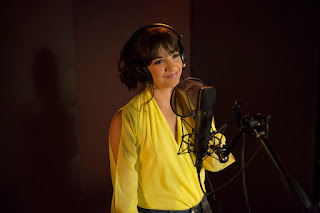 Add the new Hulu series "South Beach'' to the long-list of shows rooted in South Florida home. This one is about two rival music labels and stars Miami native Ana Villafane as Carmen Suarez, a rising bilingual pop singer a la Shakira-meets-Rhianna.  Although it's called 'South Beach', the series features a lot of Miami backdrops such as Calle Ocho, midtown and the penthouse suite at the W Fort Lauderdale.

I wrote an article about the new series and interviewed some cast members.  A fun Miami pop factoid:  Ana Villafane will play Gloria Estefan in the upcoming Broadway musical "On Your Feet'' which tells the story of Emilio and Gloria Estefan and their music dynasty.