Matters of the Sea by Richard Blanco

As Richard Blanco read his lovely new poem Matters of the Sea  Friday morning for the reopening of the US Embassy in Havana (go to the 5 minute mark in the video above), I raptly listened on NPR while driving my little Fiat on I-95 on my way to work. As he spoke, I instantly visualized and recognized his descriptions.

Among them: "our grandmothers counting years while dusting photos of their wedding days", "our fathers worn by the weight of clouds clocking in at factories,'' "our lips anointed by the same spray of salt-laden wind,'' "we’ve all cupped seashells to our ears listen again to the echo," "to gaze into the lucid blues of our shared horizon to breathe together to heal together."

His delivery was Zen-like, comforting and soothing like the sea that stood still behind him along El Malecon.

This is a long way of saying that I'm very proud of my literary Cuban Miami brother. In honor of the ceremony, I am reposting this entry below from when I interviewed Richard for his memoirish book The Prince of Los Cocuyos which was published last fall. 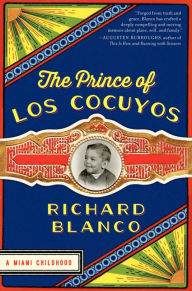 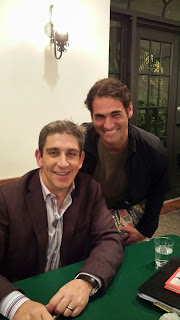