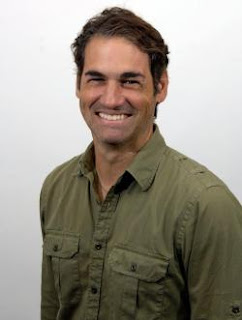 A huge thank you to Edge Media Network's Kilian Melloy who recently interviewed me about sixth novel Six Neckties and the inspiration behind that book and gay marriage.

Kilian asked me some thoughtful questions which I took the time to answer. These were some tough questions.

EDGE: "Six Neckties" addresses the issue of marriage equality head on - not from a political vantage, but from the point of view of Tommy, who feels like he's missing out. He's always a best man, never a bride! Why make marriage such a touchstone for this book? Johnny Diaz: I was living in Boston when same-sex marriage was legalized in 2004 and I remember the celebrations and outpouring of love and support. That always stayed with me. But when I moved to Miami, same-sex marriage wasn't legal in Florida. There were several news articles about couples from Key West and Miami fighting for their right to marry. Their stories also stayed with me. And once gay marriage was legalized nationally, I kept seeing couples posting their engagements and wedding celebrations on Facebook. And I thought, how would it feel to be that guy who goes to all his friends' weddings but hasn't found his groom? I also found myself attending a lot of weddings in the past three years and they inspired me to write the book too. I took a lot of notes on napkins.

The interview was like coming full circle with the books because I remember in April 2007, Kilian interviewed me at The Border Cafe in Cambridge to discuss my first novel Boston Boys Club.  Thanks again Kilian for then and now.