Shipping container homes: This is a thing down here in South Florida. People are buying former shipping containers, refurbishing them and making them into homes and AirBnB rentals. 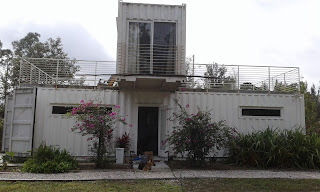 Miami Marlins barber: The Miami baseball team has its own in-house barber. That's Hugo "Juice" Tandron who trims players' hair (and those of the opposing team) for home games at Marlins Park. 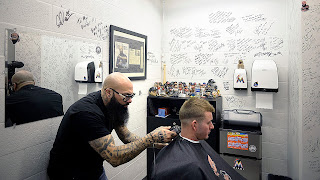 The Assassination of Gianni Versace: Crews from the Ryan Murphy F/X production descended on Miami Beach to recapture 1997 when Gianni Versace was slain in broad daylight. I got to hang out on set on Ocean Drive which looked like 1997 with in-line skaters and trucks and convertibles from that time. 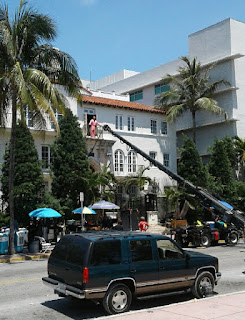 The Caretaker: My Versace film coverage led to an interview with Fernando Carreira, the elderly caretaker who stumbled upon Andrew Cunanan hiding in a Miami Beach houseboat. Carreira still lives in South Beach, in a studio with walls covered with news articles about the capture. 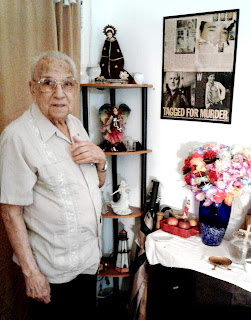 The return of Que Pasa, USA?: The popular 1970s PBS sitcom about a Cuban family in Miami is coming back as a stage production. I grew up watching this show with my family. At the press conference in November, I got to meet two of the show's supporting characters, Connie Ramirez (pictured below) who played Violeta and Barbara Ann Martin who played Sharon who are returning for the new production. 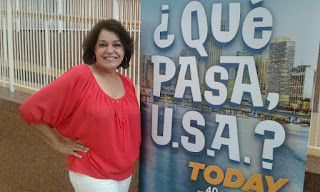