One Year at The New York Times

I can't believe that I recently marked my one-year anniversary at The New York Times where I am a reporter on the Express Desk. We cover a mix of national, politics, business, sports and international news, stories that appeal to a broad online audience. 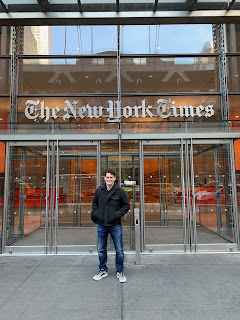 It's been a wild, fun ride covering mostly breaking news (police shootings, wildfires, hurricanes), serious stories about race (the removal of confederate statues and symbols), viral stories (fat bears, shark attacks, ancient gators) and profiles (a super ambitious Florida valedictorian.) My stories are published online but some trickle into the print edition (and I can't resist saving those pieces as you'll see below. My backpack is filled with copies of my print stories.) Here are some highlights from the past year beginning with Mystery Shipwreck Dates to Before Revolutionary War, Researcher Says 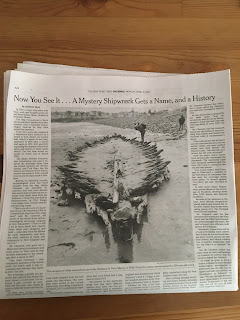 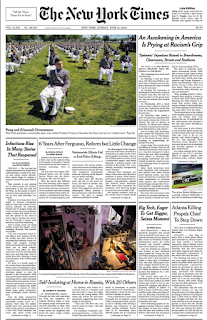 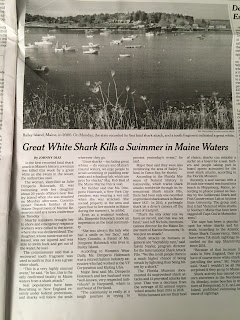 The Votes Cast, a Fat Bear Is Crowned 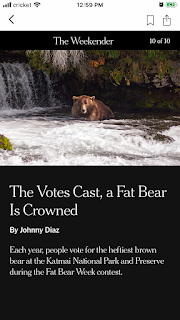 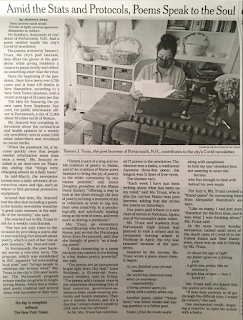 Dated 1920, a Postcard Finally Gets Delivered 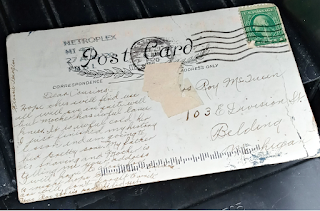