Pride celebrations have been around since 1970, a year after the violent Stonewall uprising in Greenwich village which sparked the modern gay rights movement. But five decades later, there are new ways cities, groups and people are celebrating Pride this year.

I wrote a story that looks at these Pride firsts which include the San Francisco Giants marking June with the team's first Pride logos on uniforms and Vice President Kamala Harris being the first sitting vice president to participate in a Pride event. 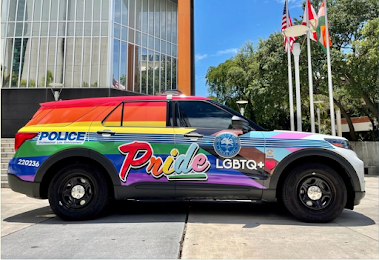