Coming to a bookstore near you August 2009 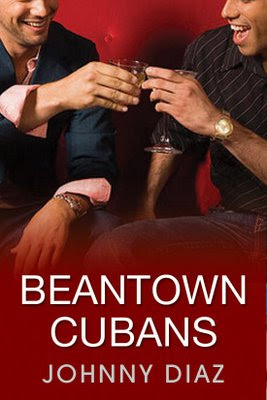 Here is the book cover for my third novel, Beantown Cubans, which will be published next summer.
The book follows the adventures of two good Cuban friends in Boston (yes, it could happen.)
I am always impressed how my publisher's designer Kristine Mills-Noble captures the spirit of my books with her artistic cover illustrations. So far, I've been happy with each of her visual intepretations for my novels.

This book is a sequel of sorts to Boston Boys Club but with a new narrrator named Carlos, a Cuban teacher from Miami who moves to Boston to start over after the loss of a parent. He has some help from new amigo Tommy Perez (from Boston Boys Club), another Miami native who's now a reporter at a Boston newspaper. Like Carlos, Tommy yearned for something more than Miami's endless summers, liquor-fueled nights at South Beach bars and South Florida's daily supply of gruesome news stories.
Tommy takes Carlos under his wing and shows him where to find good Cuban food and how to break into the city's clannish and lily-white gay scene as he discovers lust, love and a newfound independence over the course of one unforgettable year.

What do you think of the cover? Also, I don't know who the guys on the cover are. They are models.
Posted by Johnny Diaz at 2:44 PM