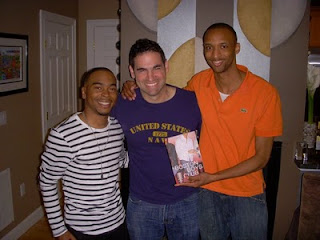 A big thank you to the Hispanic Black Gay Coalition, a new social group in Boston that aims to empower gay blacks and Latinos through community projects. The group, which launched late last year and held its first formal meeting in January, is trying to unite gay folks of color in Boston and beyond who are looking to make friends, give back to the community and contribute to a more vibrant scene.
They are starting a spiritual group, a Coming Out speaking series, a college mentoring program and a book club that focuses on works by local gay authors of color.
I was flattered that the group picked Boston Boys Club as the inaugural book club selection. On Saturday, we all met up at the lovely Quincy home of Robert Harris, who hosted the group and meticulously prepared the 23 thought-provoking book club questions on notecards. 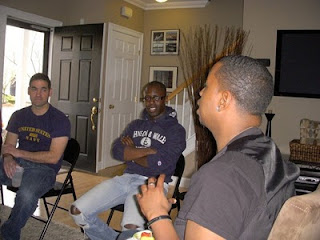 Everyone giggled and laughed throughout the discussion but we also carefully listened to each other's stories. At times, the meeting felt therapeutic as we answered questions that included: Would you date a guy on the down-low, have you ever enabled a partner's drinking or addictive behaviors, do you cry after a break-up, the pros and cons of Boston's gay scene and would you shave a friend's back. (Okay, that question had more to do specifically with a scene in the book that I had completely forgotten about. Long story but if you read Boston Boys Club, you'd know what we were talking - and giggling - about).
Anyway, most of the guys who attended the meeting live in Boston (Brighton, Cambridge, Jamaica Plain, Quincy and Dorchester) but one member treked up from Providence. 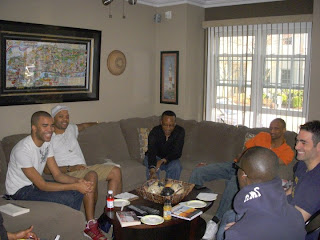 Being at the meeting felt like hanging out with one big clique of friends. I'm glad that I was able to attend and I look forward to more book club meetings. The group has selected "Epiphany", a collection of poems by local writer Marvin "Uriah" Bell, as April's book club discussion topic.
For more information about the group, visit its website or facebook page. 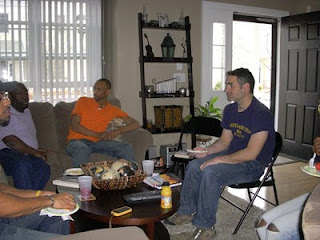