Don't let the title fool you. I'm just coming off from spending a few days at the National Association of Hispanic Journalists Conference in Orlando, Florida. I was here to listen to some Latino journalists, from broadcast and radio to print and online, share their experiences in various conference workshops that focused on their craft.

I was a panelist Friday morning in a session called "Getting Your Story Between The Covers'' which centered on how to get your book published. I joined three other journalists who have had or about to have their books published. They included Sandra Guzman, former editor in chief of Latina magazine and author of "The New Latina's Bible"; Juan Gonzalez, a New York Daily news columnist and author of several non-fiction Latino-related books such as "Harvest of Empire"; and Alfredo Corchado, the Mexico bureau chief for the Dallas Morning News and author of the soon-to-be released "Midnight in Mexico,'' which chronicles his personal account of how Mexico has changed in the past 50 years. Our moderator was Elizabeth Zavala, a journalist in Texas. I wanted to share some highlights from the session because I thought these speakers were enlightening and inspiring not just to the audience but to me as well. (As everyone spoke, I scribbled some notes in my notebook, as is my customary habit.)

Sandra Guzman talked about how she was approached by a BIG PUBLISHER ten years ago to pen a self-help book for modern Latinas. 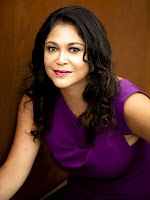 "It was really a book about our lives here through health, career and culture." She received a healthy six-figure advance but as she began writing and receiving notes from her editors, they "asked me to tone down the self-love and talk more about lipstick. It was an eye-opening experience to seeing the stereotypes of what publishers were seeing,'' she recalled. The book was published in 2002 but because she was in a big literary house, "my book was lost in the mix of other books. I had no control on pricing, I had no control on the book cover." Recently, she published an updated version of the book which captured more of her original vision. She went with a smaller publisher which gave her more of a say in the book cover selection and content. That book, "The New Latina's Bible" came out last month. "There is more intimacy in the process of editing this book. I was very specific that I wanted a Latina to be involved,'' she said.


Juan Gonzalez underscored the importance of finding a niche in publishing. In 2000, he wrote a book called the "Harvest of Empire" which follows the history of the Latino experience in the US.

The book has been reprinted regularly because it's used as a college textbook. Talk about a literary harvest. "The book sells 5,000-8,000 copies each year,'' Gonzalez said. "Think about the college market." He also talked about Karen Hunter, a former NY Daily News sports writer, who began authoring biographies on African American celebrities such as Queen Latifah, LL Cool J and Rev. Al Sharpton. Gonzalez said Hunter developed her niche early on and has found success in it. His advice, "You want to have a good story that you want to tell and only that you can tell." He also added that publishers are more partial to journalists because "They like to write and can meet deadlines." Gonzalez also urged unpublished authors to reseach book fairs which often award prizes or publication of a manuscript to be part of the book fair.

Alfredo Corchado's book isn't published yet but he described his writing process which is sometimes "painful" but in a good way. 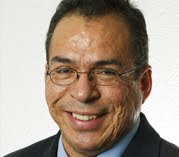 (It's his first book and he is trying to condense 50 years of Mexico history into a cohesive personal narrative. Not easy and he's also reporting from Mexico City.)He maintained that he writes at least 400 words a day each morning before he begins reporting for the Dallas Morning News.So far, he's at 71,000 words "and I feel like the deadline is ticking." He said "you have to find discipline. There is no such thing as being a good writer. You have to be a good rewriter." He also talked about how agents can be so subjective. While one may not like your proposal, another one will. All the panelists have dealt with rejection letters from various agents/publishers. Don't get discouraged. It's a matter of finding the right advocate for your work.


And then there was me. I talked about how I became an accidental author by writing a short story called Boston Boys Club on a chilly winter Friday night in Boston. 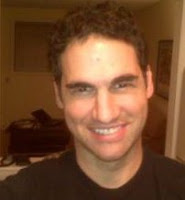 Each week, I added another short story in the voice of one of the other characters in the book. And over six months, those stories were chapters and my first novel was born. There is more to that experience in this previous blog entry.
I explained how I would sit in the GAY FICTION section at Borders and write down all the names of publishers that printed gay-themed novels. I sent out cover letters (also known as queries) to them and other publishers of Hispanic fiction. And that's how I sold my book. No agent. I lucked out. Beginner's suerte. But for people looking for agents, I suggested looking in the "acknowledgments" section of authors' books they liked or ones that had a similar genre. Chances are, that author thanked his or her agent in the acknowledgments. I also shared part of my writing methodology, which is writing two or three scenes per chapter, which can be anywhere from 1,500 to 2,500 words. I think of each chapter as a long features story. By having at least two scenes in each chapter, you keep the narrative flowing.
I also told the audience that you don't train for a marathon in one day. You train mile by mile. It's the same way with writing a book or taking on a big literary project. Don't overwhelm yourself in thinking you have to write 80,000 words for a book. That's too daunting to wrap your mind around. Just take it chapter by chapter, or mile by mile, a journey of words. Before you know it within a few months or more, you'll cross that finish line and reach your goal.
Posted by Johnny Diaz at 7:36 PM