Tackling homosexuality in the Hispanic community 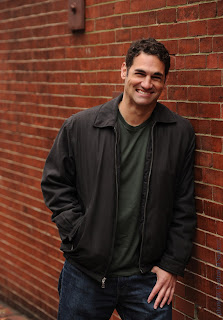 "We've come a long way in the Hispanic community. It's more openly discussed, and part of that has to do with having more examples in the public eye, such as Ricky Martin who came out a few years ago and published his memoir, and more recently, Cuban poet Richard Blanco who wrote and read a poem for President Barack Obama this year. But I still think more work needs to be done. As long as gay celebrities hide in the closet, it only hurts young people struggling to come out because they don't see a lot of examples from their own community. They may think that being gay and Latino is something to be ashamed of, a taboo."

That's an excerpt from a nice question/answer interview that my newspaper did with me about my fourth novel, "Take the Lead,'' being translated into Spanish as "Tomar La Iniciativa."  Thank you Sun Sentinel!
Posted by Johnny Diaz at 5:12 PM