Love....exciting and new....
The cast of the popular 1970s-80s show The Love Boat (you know you know it) reunited Wednesday to christen the new Princess Cruises ship the Regal Princess in Fort Lauderdale.

The gathering also celebrated the cruise line's 50th anniversary. To mark the golden occasion, the company invited more than 24 of the show's well-known guest stars from Mrs. Cuchi Cuchi Charo to the Bradys (Christopher Knight and Florence Henderson. It was my childhood sitcoms on parade.)

They were part of a gold carpet event on Deck 17 aboard the colossal ship. (I say BIG because I was lost for about 20 minutes trying to get off the ship after filing my story of the event.) Here's a Sun Sentinel photo gallery of all the celebrities. And below are some photos I snapped of the event with my handy dandy smartphone. One thing I didn't capture was that the ship's horn blows to the beat of the show's theme song.


To my right, that's Chris Knight, aka Peter Brady. I couldn't resist a photo in the Green Room. 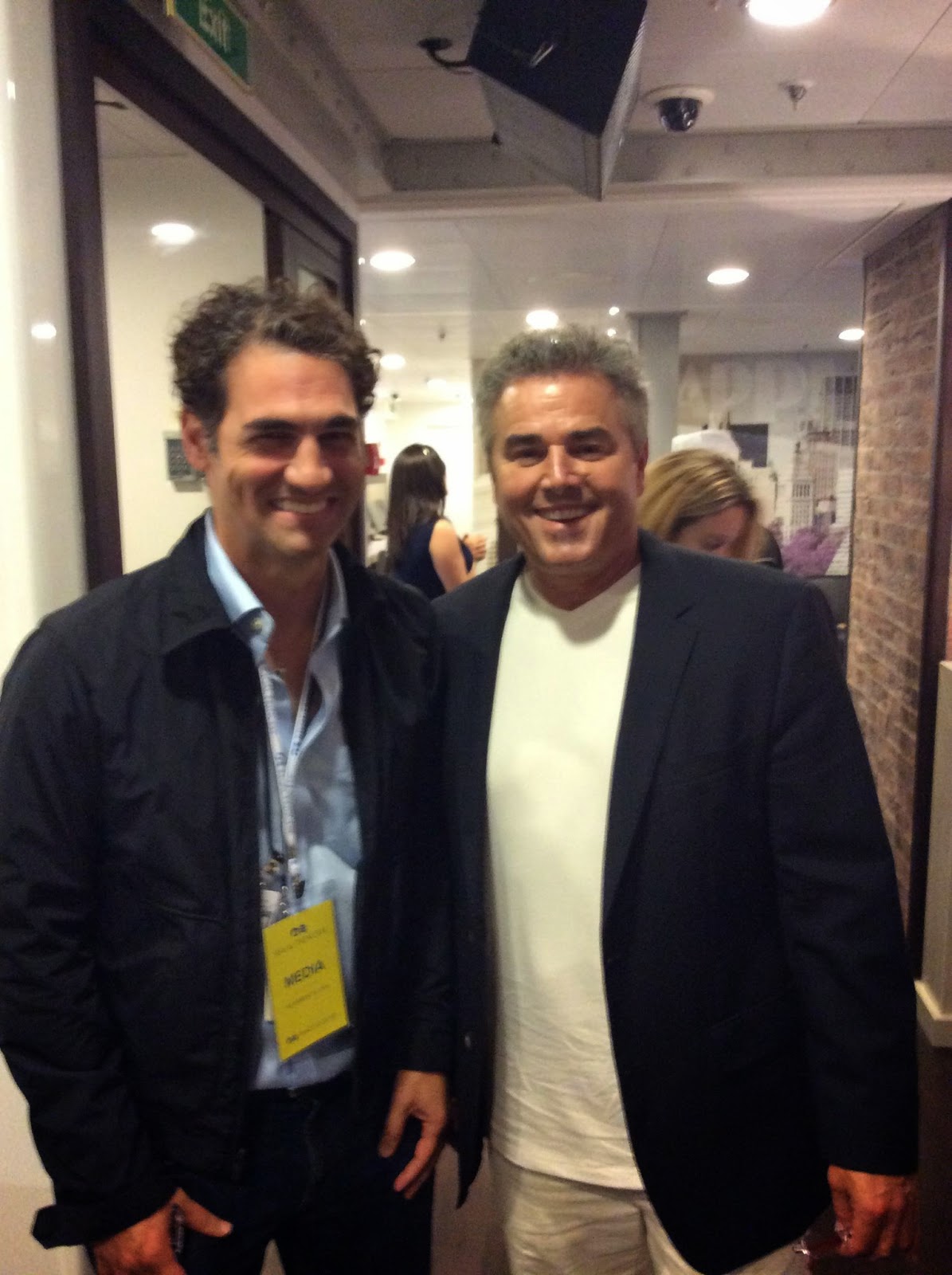 The pool area looked like a modern version of the one shown on the classic TV series. This was the media swarm. 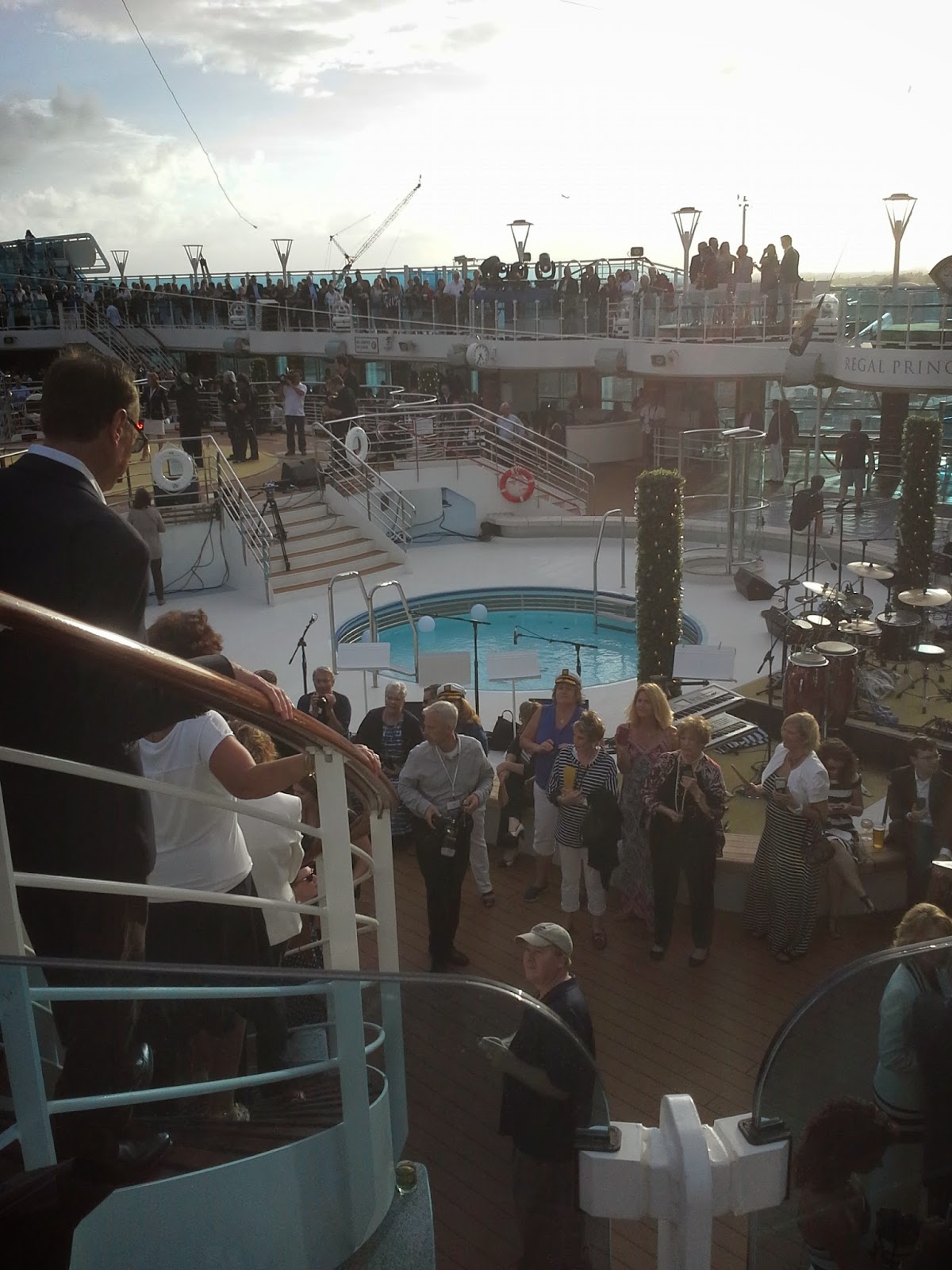 The whole Love Boat cast was aboard. They were introduced on a jumbo screen with their before and now photo. That's Lauren Tewes, aka Julie the cruise director. 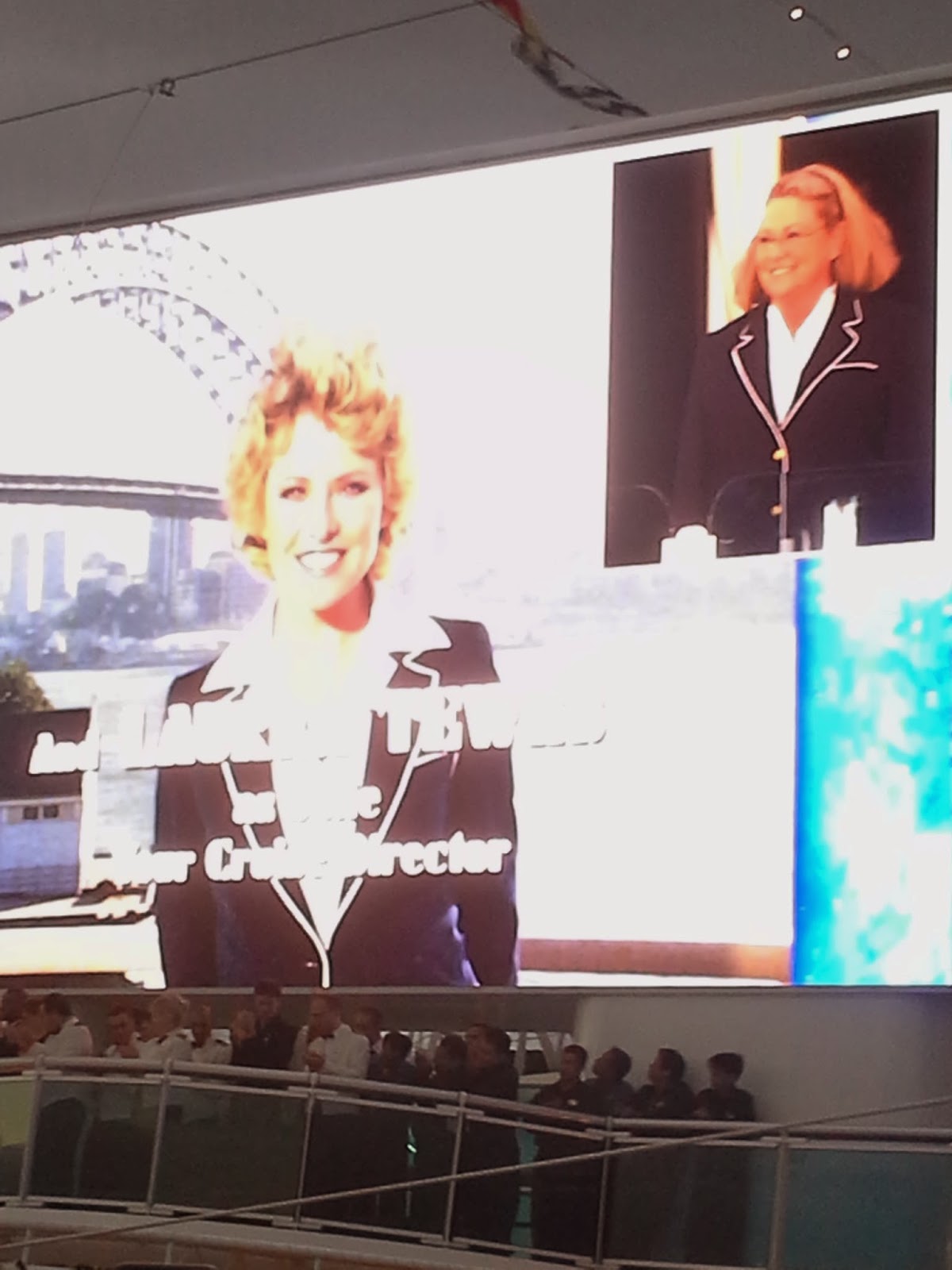 The gold carpet with Jamie Farr of MASH and Charo behind him being interviewed. Both were guest stars on the show. 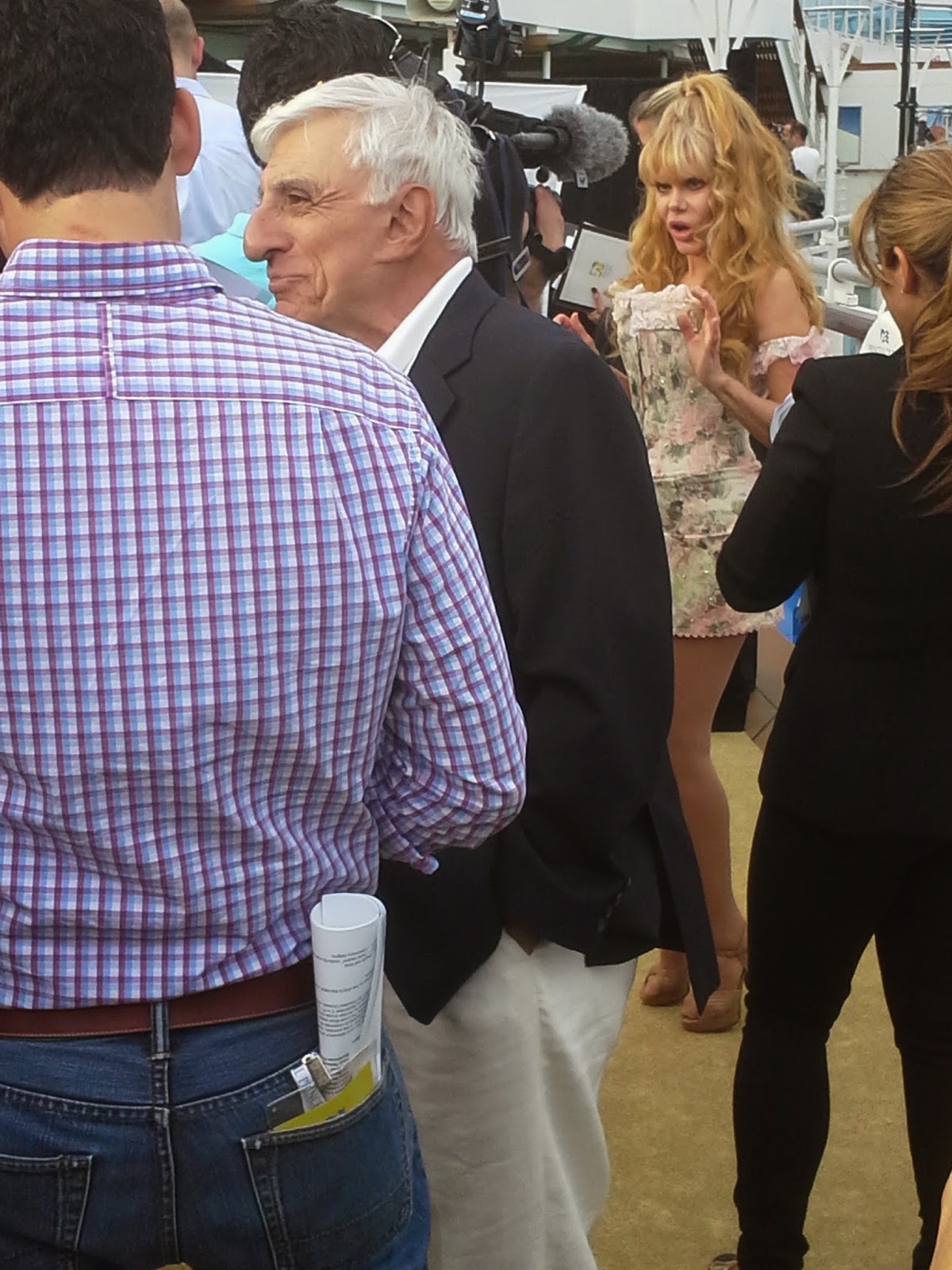 And that's me with my wind-blown curly hair on Deck 17 overlooking Fort Lauderdale. 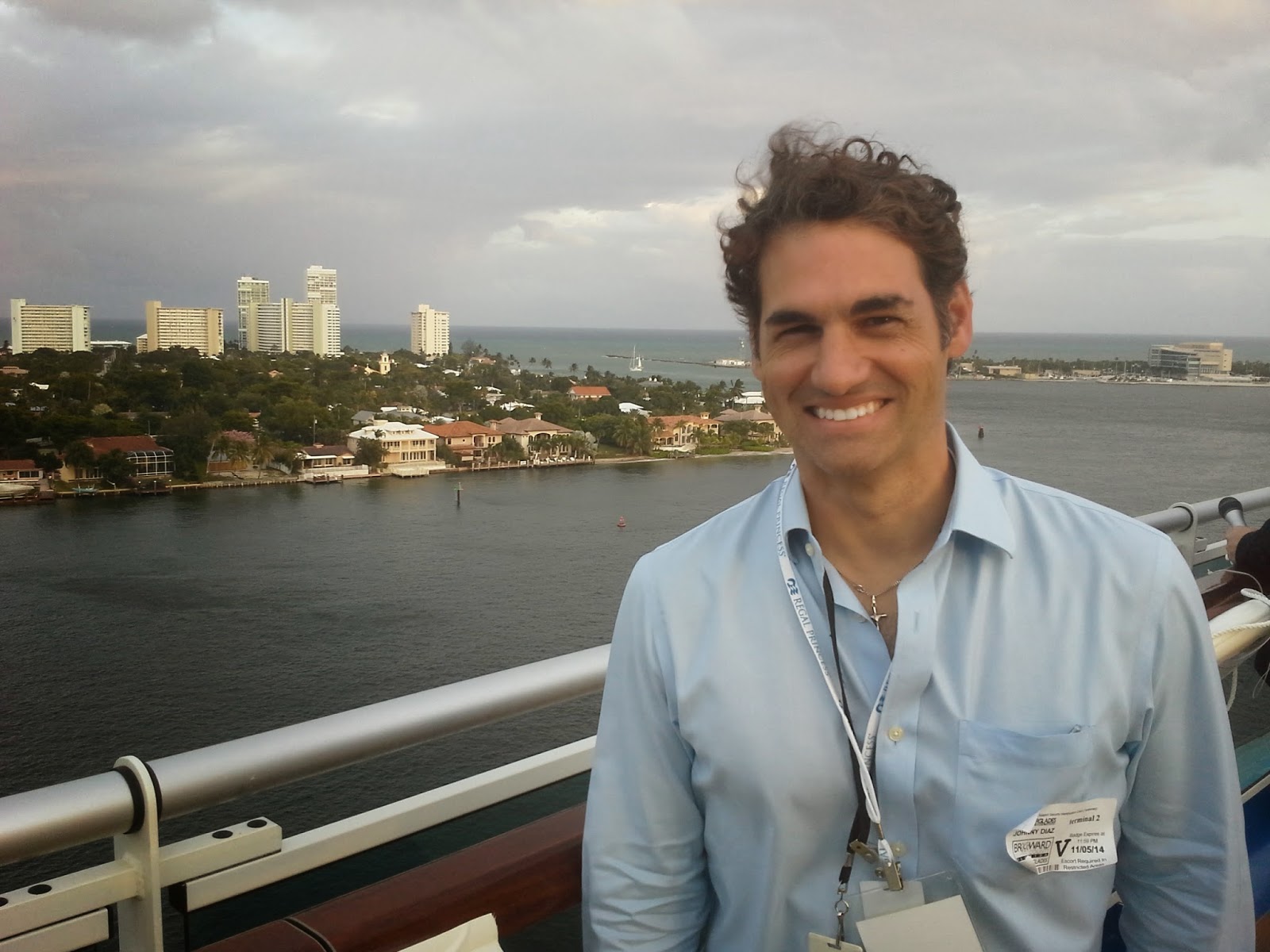