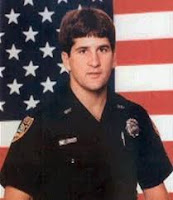 Many people who grew up in Miami Beach or lived in South Florida during the late 1980s probably remember the story of Scott Rakow. He was a 28-year-old police officer who was fatally shot in the head while chasing a drug dealer in Miami Beach.

When he died, he left behind a widow and a six-month old daughter, Erica.  Now she's reporting for ABC affiliate WPLG in Fort Lauderdale and Miami and people are recognizing her famous last name. I wrote a profile on Erica, how she never met her father but got to know him through the news articles and TV footage of him over the years. And it was those news stories that inspired her to become a reporter. 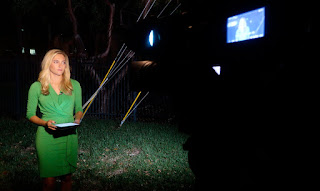