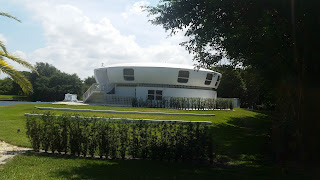 From the UFO-shaped house just outside Fort Lauderdale to the waterfront two-story house used for MTV's The Real World: Miami season, there are a lot of residential properties that became newsworthy and part of pop culture in South Florida and beyond.

That includes Madonna's former home in Miami's Coconut Grove where she shot several photos for her 1992 Sex book and Gianni Versace's former estate in Miami Beach where he was fatally shot in 1997.

I produced a photo gallery and shot some photos of the more infamous homes in the tropics.  At the top left is the spaceship house in Davie.  It was owned by the

See if you recognize any of these spots. 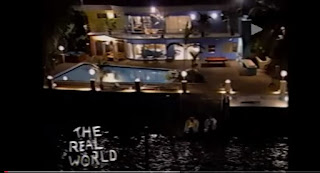 A screen grab from The MTV Real World House on Rivo Alto Island in Miami Beach where Flora, Mike, Joe, Sarah, Cynthia and ahem Dan lived for six months in 1996. 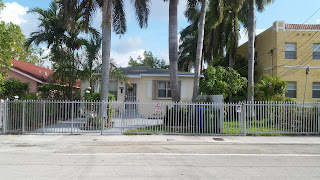 The Elian Gonzalez house in Miami's Little Havana. If you look closely on the right side of the gate, there's a framed photo of Elian's mother Elizabeth Broton who drowned in trying to make the voyage from Cuba to Florida in 1999.