Cuban rafts of the past 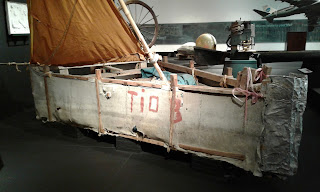 I remember in the mid-90s when Cuban rafts washed up on shore almost daily. Some were empty. Others ferried Cubans to the US. Once abandoned, the rafts became symbols of freedom, liberty and new beginnings. Some business owners proudly salvaged them and displayed them outside their property.

With the elimination of the so-called wetfoot, dryfoot policy this month, will we be seeing fewer of these homemade boats?   I wrote a Sun Sentinel story about that and how some local museums and gardens still have some of these rafts/vessels as relics of history.  The Spanish version of the article is here.

The photo above is a raft called the Tio B that was found just south of Miami Beach in 1994 during the rafter crisis.  The raft is on display at HistoryMiami Museum in downtown Miami. The photo below is of a Cuban boat (from the top) used by migrants in 1979 and one used by Haitians (below).  (Photos by Johnny Diaz) 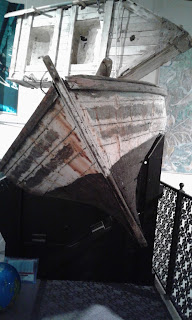