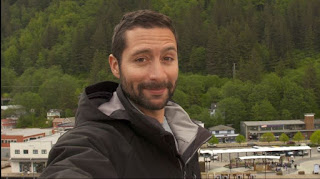 It's been a year since a wave of new TV shows aboard cruise ships began airing on broadcast networks.

And I'm glad to see they are still sailing the airwaves, so to speak.

On Saturdays, I catch The Voyager with Josh Garcia on NBC. Each week, the Latino vegan  visits a port of call and then features a local merchant or tradesman. On a recent episode, he visited Juneau, Alaska (brrr!) where he checked out a salmon hatchery and a crab boat. In a warmer episode, he explored St. Thomas in the Caribbean where he met up with a sandalmaker (and got a pair of custom-made sandals.)

On Sundays on ABC, I tune into Ocean Trek with Jeff Corwin who also spends some time visiting a port while highlighting some of the Carnival Cruise Line ships' amenities. And then we have the various incarnations of Bravo's Below Deck series which take place aboard mega yachts and feature Fort Lauderdale captains Lee Rosbach and Sandy Yawn.

Here is a round up of these new TV cruise ship shows that I wrote from last year and here is a profile I recently wrote about the Below Deck captains for the Sun Sentinel's City & Shore magazine.

And speaking of cruising, I can't believe it's been three years since the cast and guest stars of the Love Boat reunited in Fort Lauderdale for the christening of a new Princess Cruises ship. I covered the event  for the Sun Sentinel and got to meet all these 1970s, 80s stars including Christopher Knight from The Brady Bunch. I managed to file the story before getting off the ship. 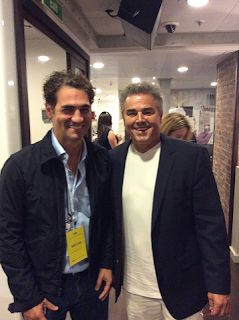 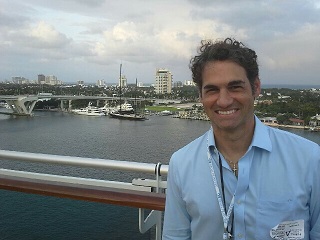