Boston or Miami? Miami buildings that can pass for Boston 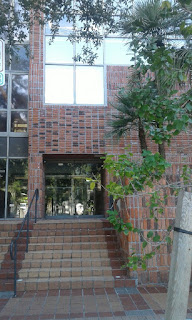 During my daily travels in Miami, I've spotted some buildings that remind me of Boston. I can't help but marvel their designs because they all have a red-brick facade which is rare in South Florida because of the heat.

These buildings would blend in perfectly in Boston but I think they stand out in Miami against the sleek, new towering office buildings that look like they were just unpacked from a box.

These boxy brick structures remind me of offices and labs you might find in Cambridge's Kendall Square or churches in Harvard Square or Newton.

It's as if they were plucked out of Boston and dropped in various Miami neighborhoods. Maybe their designers hailed from New England?

Here are some Boston-esque buildings that have caught my eye during my commutes and regular runs in the 305. 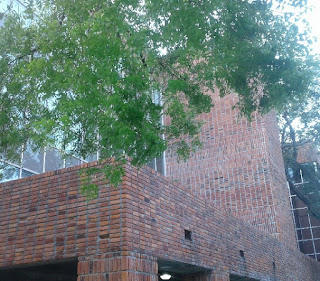 This complex which is known as the Grove Professional Building is located at 2950 SW 27th Ave. in Miami's leafy Coconut Grove neighborhood. Built in 1985, the building is home to Douglas Elliman Real Estate offices.

This one in particular reminds of the structures that dot Cambridge's Kendall Square and the CambridgeSide Galleria Mall. 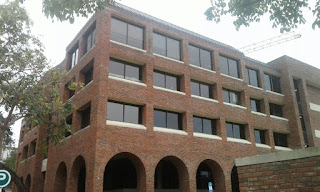 Known as Allegra Continental Plaza, this building sits at 3250 Mary St. in Miami's Coconut Grove, not far from CocoWalk where I watch the latest blockbusters (Actually this particular building is a few blocks from the above.)

With its series of arcs, the building looks like something from Brookline's Coolidge Corner where there are shoulder-to-shoulder, low-rise brick buildings in crimson hues.

Below is another side view of the building where you can better see the arcs. Built in 1982, it's  home to Bendixen & Amandi, the research/polling company, HealthSun Health Plans and other offices. 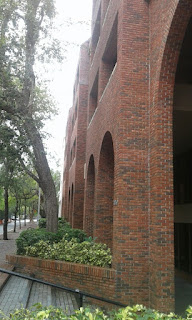 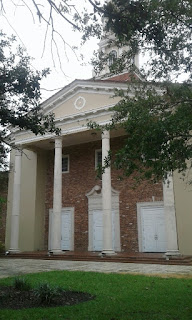 It looks like a residential house but it's actually a house of worship. This is the Granada Presbyterian Church at 950 S. University Dr., in Coral Gables (which is like Miami's version of Newton, Massachusetts because it's an affluent suburb with good schools.)

Whenever I drive by this church, I am mentally transported to Harvard Square, home to academic buildings and churches with steeples and exposed columns.

The photo below provides a side view of the church which was built in 1960. If you look closely, you can spot some palm trees, a dead giveaway that you're definitely not in Boston. 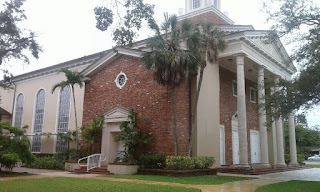