Boston TV viewers may remember Brandon Rudat as the former clean cut anchor and reporter at WHDH Channel 7.
Off camera, he led another life, one of late night, drug-fueled sex-athons at clubs and bath houses.

In his new memoir “Mascara Boy: Bullied, Assaulted & Near Death,” Rudat offers a candid look at those two selves, the struggles as an addict and the goals he set for himself to lead a sober, stable, and healthy life.

“I hope that stepping forward, sharing my full name and showing my face, and not hiding in anonymity, will remove some of the stigma of recovering addicts and open the hearts and minds of older generations,” writes the 39-year-old broadcaster who now uses his middle name Lee as his surname.

Written in a conversational tell-it-like-is-style, the book is a compelling read, an intimate and raw journal about his public life and private struggles. But the book also serves a cautionary tale, how repressed traumas - if not dealt with head on - can surface in unhealthy ways. The title of the book refers to a childhood nickname that classmates used to bully Lee because of his natural long eyelashes.

The Orange County, California native said his drug and sex addictions manifested from years of untreated childhood abuse. He also struggled with “gay shame” from his Catholic upbringing. At the age of 10, he was frequently groped by a piano teacher and by a youth soccer coach.  At 15, he used cocaine and had sex with older men under the stairs of a Laguna Beach bar.

Lee buried those memories as he pursued a successful broadcasting career. He started as an intern at NBC's “Today’’ show, then reported and anchored at WVIT in  Hartford, Connecticut before landing at WHDH in 2007.

He made a mark in Boston, reporting for Channel 7 and anchoring the 10 p.m. newscast for sister station WLVI Ch. 56.  During his two years there, he won a regional Emmy for a piece about a fire chief who was a convicted child sex offender and he was nominated for five other Emmys. Off-camera, Lee was spotted at Boston clubs and parties where followers and viewers (including me) were surprised to discover his heavily tattooed-arms and torso, something we never saw on TV.

In 2009, Lee left Channel 7 after a falling out with his managers over the direction of the station.  In the book, he notes that he was not in control of his emotions at the time.  His exit shortly followed the departures of anchor Randy Price and an 11 p.m. news producer after the NBC affialate's ratings were plunging.  When I was a reporter at The Boston Globe writing about local media, I covered Lee's exit from Channel 7.

"I was told . . . that I am very skilled and that I am very talented but I am not right for the station," he said at the time. "Good things will come out of this." 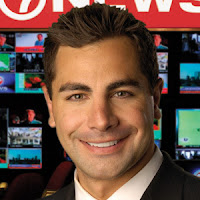 He found freelance work as a reporter at KTLA in Los Angeles where his rampant drug use intensified and his life spiraled out of control.

His routine: “Get off work. Do a dose of G. Get to the sex club and get high on meth for the next 48 hours, “ he writes.  He also describes what's known as being a “bug chaser,” someone who is  HIV negative and seeks to become positive through unsafe sex. In the book, he admits that he contracted some STDS because of his careless sex but remains HIV negative. 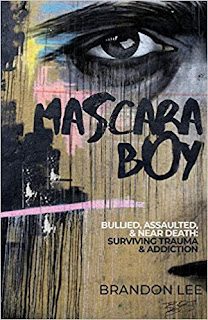 He hit rock bottom in LA. Overdoses landed him in an emergency room twice in the same week. He describes how a nurse heard him crying in his bed and handed him a flier for the LA LGBT Health Center which connected him to a support group and his road to recovery.

The midsection of the book to the end serves as an AA and 12-steps guide. Lee simply breaks down each step including step 10 which is “to take a personal inventory and when you are wrong, admit it,’’ he writes. Here, he shares a letter he wrote to his former WHDH supervisor and apologizes for his "defiant and manipulative" behavior.

Lee says he’s still sober and augments his 12 steps with help from a therapist. In December 2018, he writes how he left his anchor job in Phoenix to spread his message of hope and recovery through public speaking engagements and through his podcast “Escaping Rock Bottom.”

“When we show our scars to the world we’re actually showing people who have also suffered in silence that they no longer have to suffer,'' he writes.

My only critique of the book is the timeline. Instead of having a linear chronological flow, Lee flits back and forth from past and present to detail his journey and his take on news events such as Kevin Hart's homophobic Tweets and the Brett Kavanaugh confirmation hearings) which made it difficult at times for this reader to stay with Lee's story. Whenever he did this, it removed the reader the scenes and experiences Lee was describing.