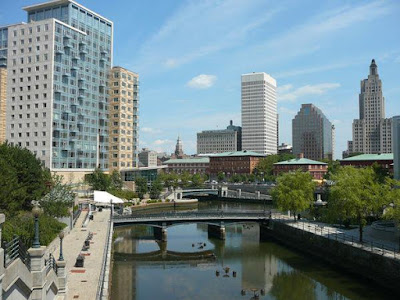 What would you if you had an extra day (and one that didn't land on a Monday as in today's Leap Day?)

I'm talking about an extra 24 hours, a bonus day that dropped out of the sky and into your calendar.

I wrote a story asking South Floridians how they would spend those extra 1440 minutes.

As for me, my ideal day would be spent in Providence.

I would start by strolling through downtown along Memorial Boulevard and then head up to Brown University. I'd sit at a bench under a tree in the main yard on campus.

Then I would continue strolling along Angell Street toward Wayland Square, grab a coffee, read the paper. (I would a little people-watching here at the Starbucks.)

Fueled on caffeine, I would run along Blackstone Boulevard and marvel at all the brick-faced estates with their manicured bushes and lawns. The breezes tickling my face.

I would also ride a bicycle to the other side of town toward Point India Park. I'd sit on the hilly perch where I would watch fellow cyclists and picnickers come and go.

Then I would refuel with a fattening lunch (Turkey club with fries) at the Cheesecake Factory at Providence Mall.

At sunset, I would stand at the east end of the mall along the grand cathedral-size windows and watch the city dim into night.