The New Kids on the cruise

The guys are back on board for another season of the show which returns 8:30 p.m. June 1st on POP TV.

I wrote a story about the new season and interviewed Danny Wood who lives in North Miami.

What's not in the interview: I totally geeked out in learning that he grew up in Dorchester's Pope's Hill neighborhood which is not far from my old neighborhood of Lower Mills in Dorchester where I lived for 10 years.  I really think everyone has a connection to Dorchester, fondly called DOT among locals.

This isn't my first NKOTB story. 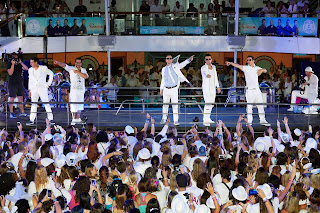 In 2008 when the band reunited, I wrote a feature for my old paper The Boston Globe on how fans (mostly women in their 30s and 40s) were increasingly showing up at the childhood home of Jordan and Jonathan Knight (also in Dorchester) to take photos and tours of their old bedrooms.

The family had sold the house at 10 Melville Ave. to the Salvation Army which gladly allowed the impromptu tours.

Here's a photo gallery that ran with that story.

Photos above on the Carnival Victory ship from POP TV. 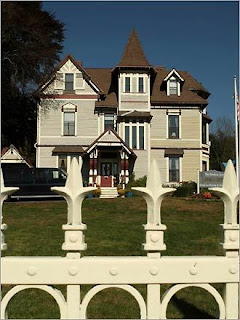