Eating Up The Big Apple

Greetings from New York City!  I recently traded Miami's towering palm trees and near constant sunshine for fall leaves and chilly weather. I swapped my Volkswagen for the reliable New York City subway system. And I went from running in Coral Gables in tank tops and shorts to running in a hoodie and sweatpants in Central Park in the Upper West Side.

Last month, I left my job at the South Florida Sun Sentinel where I worked for seven and a half years to become a breaking news and viral news writer at The New York Times.  The job required me to pack up and move to the Big Apple. 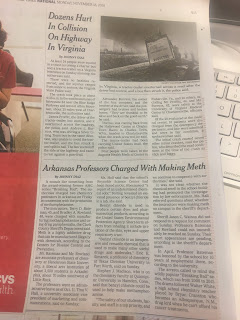 My stories run the gamut and geography from a Pennsylvania teenager who created a prototype that can eliminate blindspots in cars and a multi-vehicle crash on Virginia's Interstate 64 to the eye-opening discovery of three cows that washed away during Hurricane Dorian yet somehow found their way to a national park in the Outer Banks of North Carolina.  Each day and story is different, kind of like the hectic news cycle in South Florida. 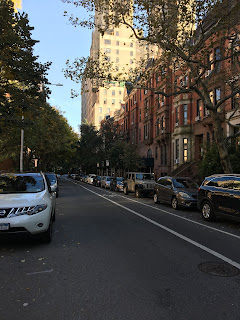 I'm settling into my Upper West Side neighborhood which reminds me a lot of Boston's Back Bay and Brookline neighborhoods.  The streets are lined with trees with falling red, yellow and orange leaves. Red and white brownstones sit shoulder to shoulder on each block.  And there's Central Park, with its hilly and winding trails, perfect for running, walking or cycling. 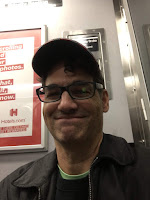 I've also come to appreciate and rely on the subway, particularly the C line, my new friend. Instead of driving an hour or so each way from Coral Gables to the South Florida Sun Sentinel newsroom in Deerfield Beach, my commute is a 10 minute subway trip to Midtown where The New York Times is located. During the work week, I sometimes get caught up in a riptide of people as they make their way across the bustling city streets and on and off the subway cars. The day leaves me feeling somewhat exhausted with all the walking around. I've lost five pounds since I moved here and I think it's all the walking I do, about 5 miles a day (7 on the days I run.)

Little by little, I am beginning to explore New York on my downtime. This weekend, I trekked the High Line, the 1.4 mile walkway enveloped by trees and some pieces of art above Chelsea. My cousins and I also braved climbing the 16 stories and 2,500 steps of The Vessel, the alien ship-looking landmark in Hudson Yards off West 34th street and 10th Avenue. My legs are still kinda sore from that adventure. 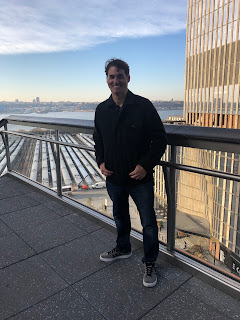 So all in all, I'm settling into this new chapter of my life and enjoying what New York City has to offer. I do miss Miami and a special guy and a certain white Fox terrier there but I plan to visit them and my family as often as I can. 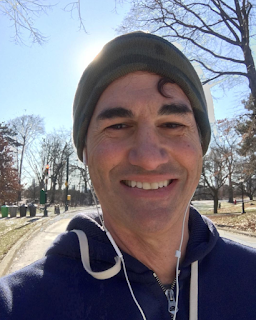