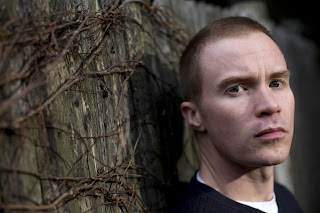 Scott Heim is relieved.
It has taken the Roslindale writer almost 10 years to produce his third novel, "We Disappear,'' after the success of his break-out novel, "Mysterious Skin'' which was adapted into a film in 2005.
"Mysterious Skin" follows the story of two teens who played in the same little league in their tiny Kansas town. Neil is an openly gay hustler who yearns for life in the big city while Brian is an introvert who believes he was abducted by a UFO as a child because he can't account for five hours one afternoon. 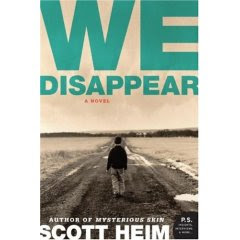 The above article is from a profile I wrote on Scott for the March/April issue of Boston Spirit magazine, a local gay publication. The link isn't available online but you can pick up a copy of the magazine at most gay-friendly businesses in Boston. Or get a free subscription by going here.
(above photo of Scott is from The Boston Globe)
Posted by Johnny Diaz at 10:36 AM