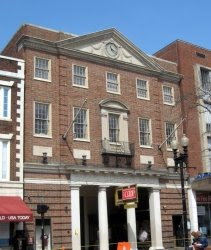 I want to thank the 25 or so people who attended my reading last night at The Harvard Coop, 1400 Massachusetts Ave. It was a great crowd who tossed me engaging questions about the writing process and the challenges of being an openly gay Hispanic. I read from Miami Manhunt's chapter 10 which takes place at Versailles Restaurant on Calle Ocho in Miami. I had to use multiple voices (which included a gay Cuban movie critic, his straight macho twin brother, his fiance and plus, a dorky gay character who whines) to pull this reading off which was a lot harder than I had anticipated but I heard several giggles, chuckles, guffaws and laughs throughout the reading, which was a good thing. It was an honor for me to read at this bookstore, which was my hangout when I lived up the street on Concord Avenue on the outskirts of Harvard Square. In my first two years in Cambridge, I attended several readings here by other authors and I never imagined that I would be the guy at the podium reading from his own book.

A big thank you to The Harvard Coop's Richard, who gave me a witty and thoughtful introduction about my work in The Globe and my fiction writing and how I migrated north to Boston from Miami while most people do the opposite and flock south to Florida. 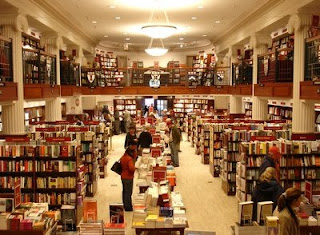 I will take a break from readings for about a year and save my promotional muscle for Beantown Cubans , my third novel, which brings the setting back to Boston and Cambridge. This novel will be published in early fall 2009. If you have a gay or Hispanic book club or a general reading group in greater Boston or New England and would like me to attend as a speaker, please send me a note.


For those of you who have missed any of my readings, here is a reading for Boston Boys Club I had last fall at the National Lesbian and Gay Journalists Association conference in San Diego.
To watch the video, now on Youtube, click here.