It began as a gift for my mom. My friend Eric visited her at the hospital and brought her a beautiful orchid. It was bright and radiant, a dose of light needed during a dark time. My mom was losing her fight to colon cancer. She passed away two days later. 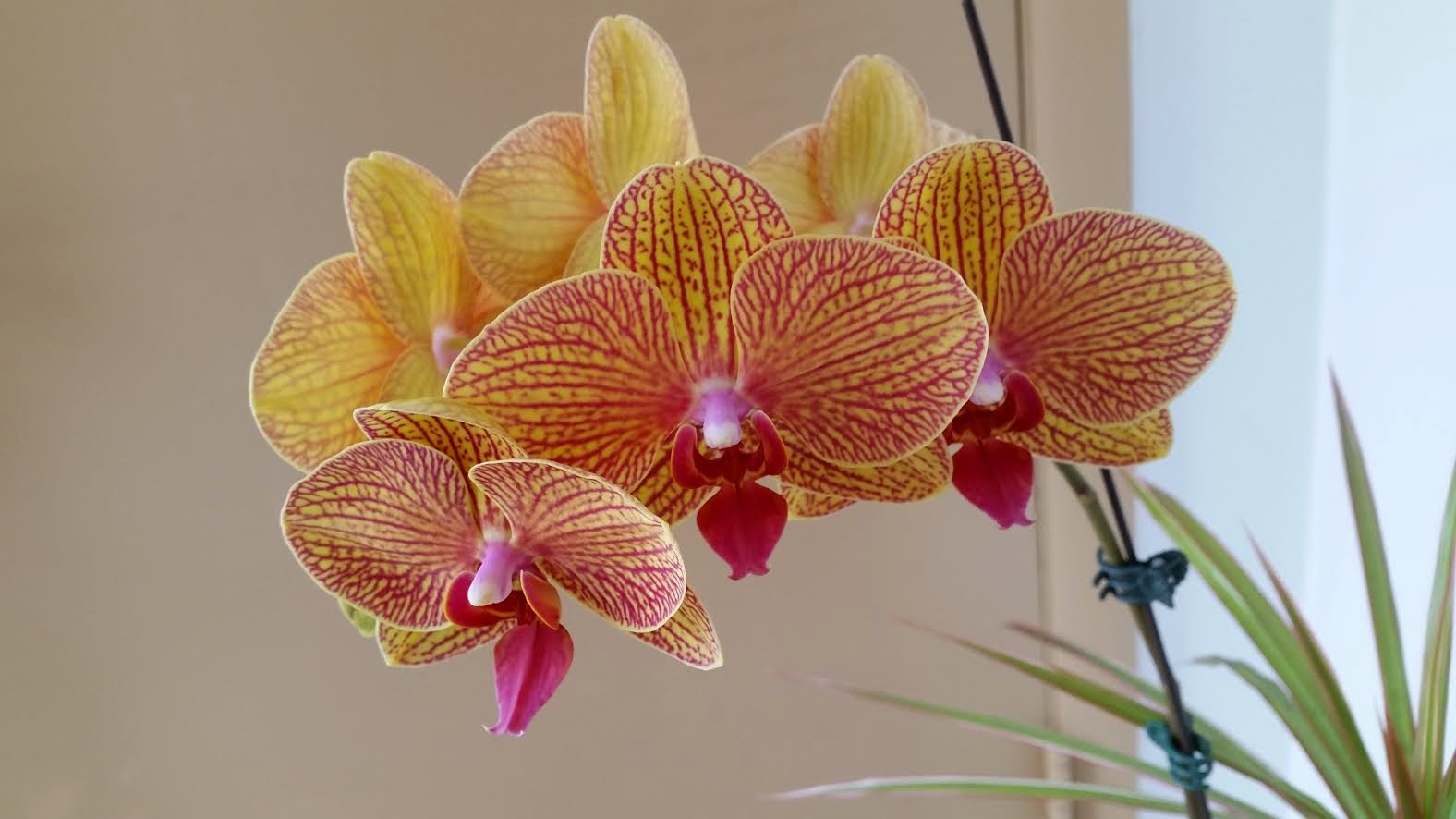 What to do with the orchid? I kept it at our childhood home in Miami Beach and made sure it got plenty of light and love. Eventually, I brought it to my little apartment in Coral Gables where it continued to blossom. Then it began to slowly wither. Was it the heat? The humidity? Maybe it didn't like its new zipcode?

I didn't know what to do so I kept it out by the entrance to my door to add a little life to the bland concrete doorway. I watered it once a week. Still, the orchid shed its petals one by one until all that was left was a pot of dirt and some green leaves. I let it be but I didn't want to throw it away either.

The plant became a regular topic of conversation with my elderly manager/neighbor Emily (sort of like my Mrs. Roper from Three's Company). She took a liking (or a pity) to the plant. When the orchid and its stand were knocked over (I believe it was one of Emily's many outdoor cats from our building), she repotted the plant for me when I was at work. I know this wasn't easy for her because she's 82 and suffers from chronic arthritis in her arms and legs.

Then the phone calls began.

"Johnny, I think your plant is thirsty?" Emily often said into my voicemail messages to nudge me to water it which I did.

"Johnny, something is happening with the plant. I think it's coming back to life,'' she said in another message.

"Johnny, have you seen your orchid? There are new buds. Oh my,'' she recently said.

"Johnny, wow! Now there are four buds!" she said the other day, calling me at work.

Indeed, something was happening. My mom's gift was finding a second wind.  I don't know if it was the recent cold weather or the fact that Emily probably talked to the plant when I wasn't home but the orchid continues to thrive. It's sprouting more petals than when Eric gave it to my mom in Nov. 2013.

"Johnny, look at how beautiful the colors are? Now, that's the Lord's work!" Emily said last week as the orchid's silky petals displayed a swirl of yellow and purple.

And now Emily and I have regular chats about the orchid.

"Johnny, I think you should bring the orchid inside because it's supposed to drop to 53 degrees tonight," Emily said last Monday. (Can you tell she has me on speed dial?)

I've become such a fan of this kind of plant that I've become the orchid man. I recently surprised my boyfriend with a purple and white orchid after the one he had bought at Publix dried up. (For the record, I thought his needed some soil but hey, what do I know.)

I also gave one to Eric's mom, a classy sage of a lady, who is recovering from ankle surgery in Coral Gables. It felt good surprising her with a pink and white orchid last Sunday.

She beamed when she saw the orchid. Like my mom's, it added a little bright spot to a sterile and drab hospital/rehabilitation room.

And I bought one for Emily yesterday so we can have another one to look after and talk about.

"Oh Lord!" she said when I gave it. "Misery loves company. I've been a nervous wreck over your orchid. How am I going to care for this one!"