An Ode to the Ford Pinto from Netflix's 'Stranger Things'

As I binge-watch the second season of the Netflix scifi series Stranger Things, I've noticed a character popping up frequently.  It's not one of the adorable kids who use large walkie talkies to communicate with each other and ride their dirt bikes to get around their Indiana town as they look for (or run from) demogorgons. 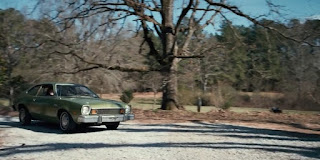 The car has appeared in almost every episode this season. You see it whenever Joyce rushes to and from work and home or to her son Will's school in panic mode (which is how Winona Ryder has deftly played the mom character in both seasons.)

The car has some dents which may speak to Joyce's current economic situation - a single mom of two.

But the Pinto has caught my attention this season because, well, I think it's cute. It also revs up some auto nostalgia.

Growing up in Miami Beach in the 1980s (just like the main characters of Stranger Things) I remember seeing these little Pintos everywhere. They were mostly driven by elderly residents. Miami Beach was a huge retirement haven for the elderly at the time. And the cars reminded me of a cute turtle on wheels because of their round shape and the big round headlights which looked like a pair of surprised eyes. The car was the ultimate affordable hippie mobile.

The Pintos also reminded me of the bright orange Pinto that was a mainstay on another series, the former ABC primetime detective series Charlie's Angels.  Diehard fans may remember that the car was driven by Sabrina Duncan, the brainy angel played by Kate Jackson and then later by her replacement Shelley Hack who played Tiffany.  If you were a closeted gay kid, you either wanted to be one of the angels or own one of their Fords. As a hardcore car geek with a subscription to Popular Mechanics, I wanted Sabrina's orange Pinto. Really. 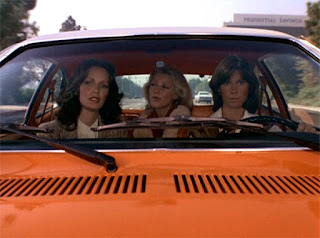 And because I was a fan of the show and a fan of small hatchbacks, I wanted one of these vehicles later on in high school.

But I also remember the Pintos were problematic.  In 2012, a Los Angeles Times listed the car as one of the worst ever in the US.

The model was prone to exploding when hit from behind because the gas tank was in the rear.

And according to Popular Mechanics magazine, about 1.4 million of the cars and its sister version the Mercury Bobcat were recalled by Ford so workers could install plastic shields to protect the tanks from catching on fire. (I ended up getting a used 1982 light blue Honda Accord as my first car, in case you were wondering.)

As the years went by, the Pintos faded away, often turning up in junkyards. I rarely see them on the road. About three years ago, I spotted a green Pinto just like the one in Stranger Things on Interstate 95 just north of Providence. It looked like it was in decent shape as it rolled down the highway (I followed it as much as I could to get a better look.)

About a year ago, I saw another Pinto with big sporty tires fueling up at a gas station in Miami's Coconut Grove. I was impressed by how the car had endured all these years. It still looked cool in a retro way (at least to me.) I smiled as it receded in my rear view mirror.

So the Pintos are still around, here and there and online on the Netflix show. I wonder if the Byers' Pinto will return for a third season and what stories it has to tell. 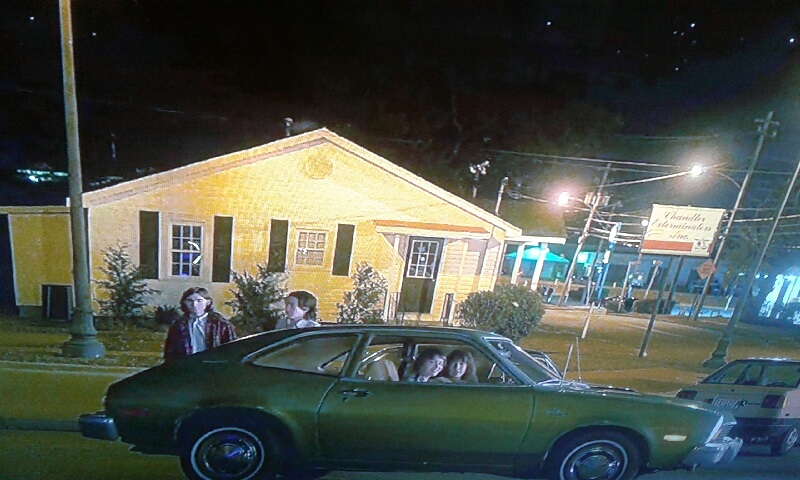 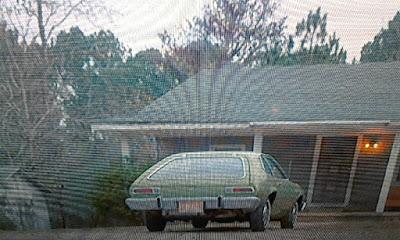