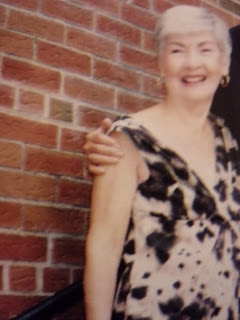 She was our sun, shining light, love and hope wherever she went. Even at Mt. Sinai these past few months, she charmed the nurses and nursing assistants, some of whom referred to her as "mi reina" (my queen) and "mi corazon" (my love.)
Perhaps that people-connection had to do with her profound sense of spirituality. One of her favorite things to do was to sit by the window in our pantry or in the living room and listen to Radio Paz, a nonprofit Catholic radio station. She also enjoyed sharing prayers with her call-in phone group. When I wasn't looking, she'd stuff prayer cards with various saints into my wallet and pieces of garlic in my pockets for protection. And whenever I drove away from our house to head to the airport and back to Boston, she'd stand on our sidewalk and gesture a prayer for a safe journey. 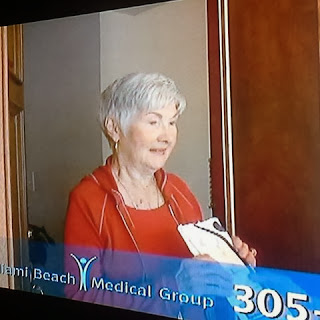