A Poem From the Heart

Writers write in all forms. Short stories. Books. Essays. Blog entries. Poems.  News articles. Although I mostly write daily stories for the Sun Sentinel about whatever is trending or what people are talking about on social media each morning, I really enjoy creative writing whether that's writing novels or poetry.

My interest in poetry began in elementary school for school assignments but I found myself writing my own at home in a Trapper Keeper notebook.  I enjoyed writing poems that rhymed, experimented in the short form haiku. The challenge and fun for me was trying to compact what you wanted to say in a lyrical way (hey, that rhymed.)  That interest and curiosity continued in middle school, high school and college.  I saved all my poems in my journals. And every now and then, I pen a poem out of inspiration or for a special occasion. (again, another rhyme).

One of those special occasions was for my lovely goddaughter Jessica and her husband Billy. Four years ago, they asked if I could write something to read at their wedding on Cape Cod.  I was truly touched and honored. I knew they had read my Boston Globe articles over the years and maybe one of my books.  But a poem for a wedding? Where would I start? This was new to me and I'm no Richard Blanco. I thought, this is a really BIG responsibility and I had to get it just right (or write.) And what if they don't like it? Again, a huge creative assignment for a one time occasion. I couldn't mess this up. If I did, I would be permanently exiled from Massachusetts and perhaps New England...FOREVER!

So I did what I usually do when I start working on a story or a book, I did some research by interviewing them.  We set up a time after work and we chatted on speaker phone - they in Weymouth, MA and me in my little apartment in Coral Gables. I asked them how they met, what sparked their interested in one another, their first date, second date, their upbringings, the big proposal.  Some of it I knew from memory but I wanted to hear it in their words so I could incorporate that into the copy. They also didn't want me to share the poem with them ahead of time. They wanted to hear it for the first time in front of their guests.  More pressure!

After a few weeks of writing and rewriting in my notepad, I presented this to Jessica's mom Mari who is my godmother and first cousin (more like a fabulous and loving older sister to me.)  I emailed her the poem and she called me right back and said in her sweet Boston-Cuban accent, "It's perfect, Johnny. Don't change a thing. They are going to love it."

When the big day came that May 30, this is what I read at the podium before the guests on a sunny breezy May afternoon by the water of Harwich, Massachusetts.  I was nervous, excited and honored all at the same time. It was a day I will never forget.  And I think I got some future requests as a wedding poet for hire. The poem starts on the jump page below. (A heads up as you read it, Mac and Cam refer to two English bulldogs and the Pats are the New England Patriots.)

At the Boston Harbor Hotel

They would pass each other in the halls.

A look in their eyes.

He the hyper guy with a boyish grin and the Cesar cut flecked with gray.

At first, small unofficial dates in the hotel cafeteria.

They talked about the Jersey Shore,  the North Shore, the South Shore.

His Italian-American North shore roots and the Marines. Her Cuban-American upbringing on Lake Shore Drive and French Memories.

From the start, his easy-going charm and joie-de-vivre matched her elegant beauty and quiet grace.

An official first date. Davio’s in Back Bay.

A screening of Robin Hood.  Worst movie ever made,

But the date– five stars!

It continued with scenic drives along the beaches of Revere.

And somewhere between his teasing, relaxed nature

And her coquettish sweet receptions

Something was born. A love began to form.

They spoke every day since then in 2010.

About Mac and Cam, the Red Sox and Pats

They could steer her Mazda or his truck in any direction they choose,

Or take to the sea aboard Jessie’s C-Shell with the Sanchez crew.

Where to go? It didn’t matter.

They had everything to gain and nothing to lose.

As long as they’re together.

TV nights. American Idol. X Factor. So You Think You Can Dance.

Stockings. Cards. And lots of candy.

But they were always each other’s number one gifts.

Because when you know, you know.

She finally found someone with whom she felt most at home.

And in her he found a loving anchor, one to call his own

A natural balance. A sweet cadence. They tend to finish each other’s sentences.

In each other, they had a best friend, a teacher, a lover and listener.

A boyfriend, a girlfriend, a husband and wife.

So what we do call this loving pair 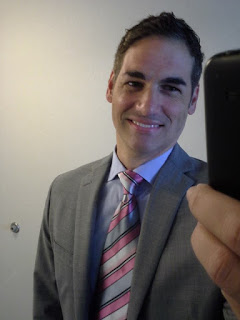